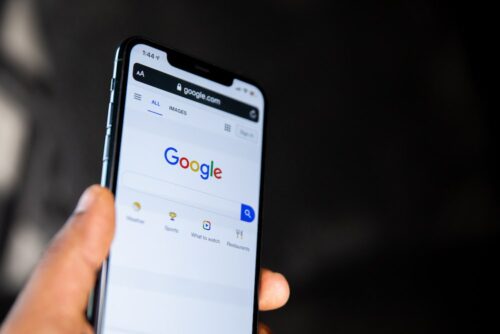 Late last year, Apple announced that it would require “nutrition labels” effective early December 2020 to help users understand what information apps collect. While many developers have complied, The Guardian reports that only one of Google’s 86 apps on the iOS App Store currently has a privacy label.

In addition, The Guardian reports that only three of those 86 apps on the App Store have been updated in 2021.

Google has been feuding with Apple since Apple announced these new privacy features–likely because the new privacy features on iOS run directly in conflict with Google’s business model, which relies heavily on collecting user data to sell targeted ads. And as it turns out, companies–Google included–aren’t required to heed the nutrition label requirement until they update their apps.

Earlier this month, Twitter user @Thomasbcn plotted Google’s iOS app release cycle, showing an immediate halt in app updating since December 8, when the new privacy rules went into effect. (Not all of Google’s iOS apps are included in his chart.) While there’s been some progress since then, the fact remains that Google appears to have halted its iOS app updates to circumvent–even if temporarily–Apple’s new app privacy requirements.

While of course it remains to be seen how this will play out, as The Guardian notes, Google will soon face even more pressure related to Apple’s push for privacy, as a soon-to-be-launched feature will require apps (like Facebook and Google) to ask for permission before they are allowed to track users.

There are a few interesting questions at play here, the first being who will “win” this showdown: Apple, by forcing Google to comply with its terms or removing Google’s iOS apps from its App Store, or Google, by continuing with this strategy and forcing Apple’s hand. The second is how Apple’s newer tracking permission feature might push tensions even further. And of course, for enterprise IT admins, slow app updating could pose a security risk over time, especially given that regular app updates are often used to patch bugs and security holes as they continue to be discovered.

We know one thing for sure: we are watching this situation closely, as its resolution (or lack thereof) could have large implications for the mobility management space on the whole. Check back in the coming weeks for more updates as the situation develops.

Photo by Solen Feyissa on Unsplash